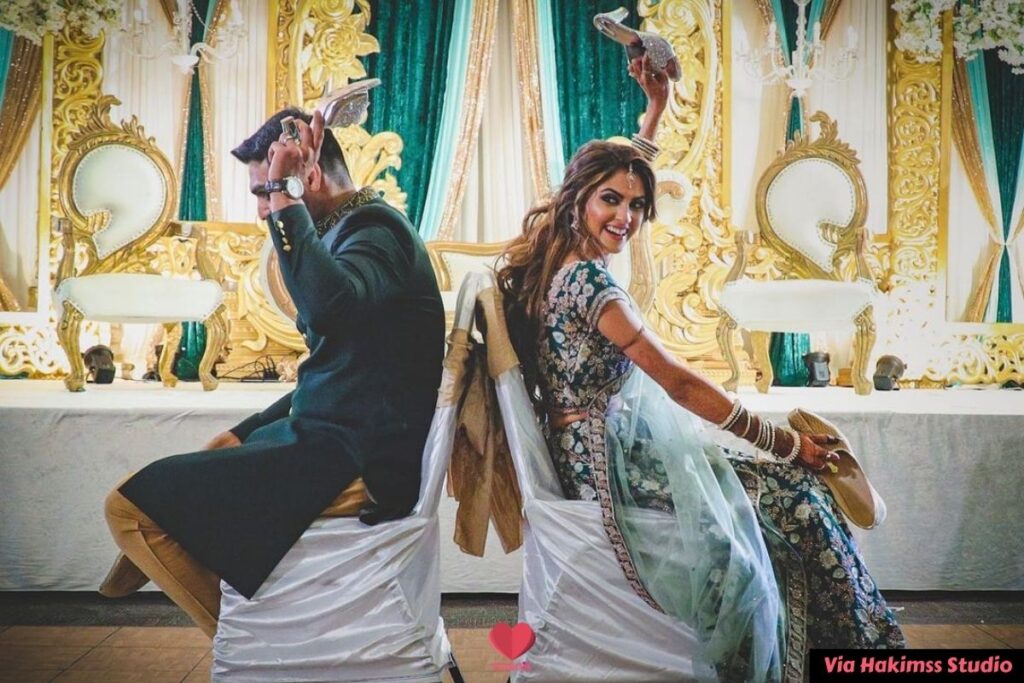 Lately, a couple shoe game has become an essential part of an Indian wedding. Okay, not essential, but certainly quite fun. We’ve come across many videos with couples answering endearing, hilarious, and exciting questions about their relationship. It’s a cheery activity for them and the guests. And an interesting one that keeps the night alive. Plus, it would make for an amazing memory you could laugh and giggle at with years down the line. Ahead, find some common FAQs and 75 couple shoe game questions to ask at a wedding! 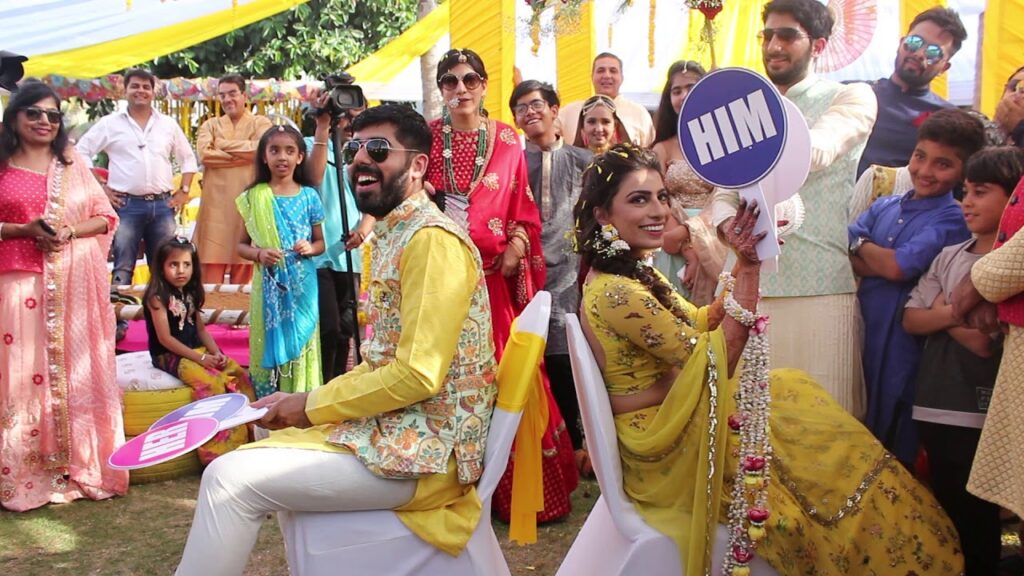 How Does The Couple Shoe Game Work?

To install the setup, keep two chairs back to back. The bride and groom will be facing each other, so when they answer they aren’t able to see each other directly. The couple then removes their footwear and passes the one to the other person for answers. Typically, the host will start simple and ask general questions before moving on to funnier or personal questions. The couple raises the footwear of the person who they think fits the answer better. Sometimes, the host even gives someone from the audience a chance to ask the question or, probably, say something if the bride & groom disagrees. For instance, if the question is “who is messier”, you can rope in some comments from the couple’s siblings or parents.

Who asks the questions at the Shoe Game?

Picking the right host is so (so..) important in the couple’s ‘who is more’ game. The right person can dial up the intensity of the question depending on the crowd’s mood and the couple’s quirkiness. She/ He will also know what questions to ask from the list, when to pause, and when it’s time to just end the game. You want to make sure to pick someone who is a people person, and not necessarily someone who has experience speaking on stage.

How many questions are in the couple shoe game?

Balance is the key when playing a shoe game at a wedding. You should have a list of 60 to 70 questions ready but don’t ask them all. Nothing kills the vibe of the game than going on for too long. Ideally, the game should go on for 10 to 15 minutes and the host should ask around 30 questions.

When’s the best time to play a couple’s shoe game?

You can include this activity at the roka, mehendi, or sangeet event. We’d advise you to not schedule this on the wedding day and let that whole day be only about emotions, ceremonies, and sweet memories. Have the game scheduled at a time when all the guests are present. Form the mood by asking guests to gather at a single position for a fun couple’s activity. Even though it’s fun, don’t drag the game for long. The main aim is to leave the guests wanting for more rather than getting bored and heading for exits.

#4 Who was the cooler college kid?

#6 Who’s more likely to get arrested?

#7 Who is grumpier in the morning?

#8 Who is more likely to dream about their breakfast?

#9 Who is the bigger baby when sick?

#11 Who’s more likely to kick the other one off the bed?

#12 Who will act crazier after getting drunk?

#14 Who’s more likely to scream at the sight of a spider?

#17 Who has smellier armpits?

#18 Who uses their phone the most?

#20 Who will more likely reach for junk food?

#21 Who’s more likely to flirt with the opposite sex?

#22 Who is a social butterfly?

#24 Who has the best taste in fashion?

#26 Who is more likely to keep a secret?

#27 Who cries more during movies?

#30 Who is more likely to be on a reality show?

#31 Who is more adventurous? 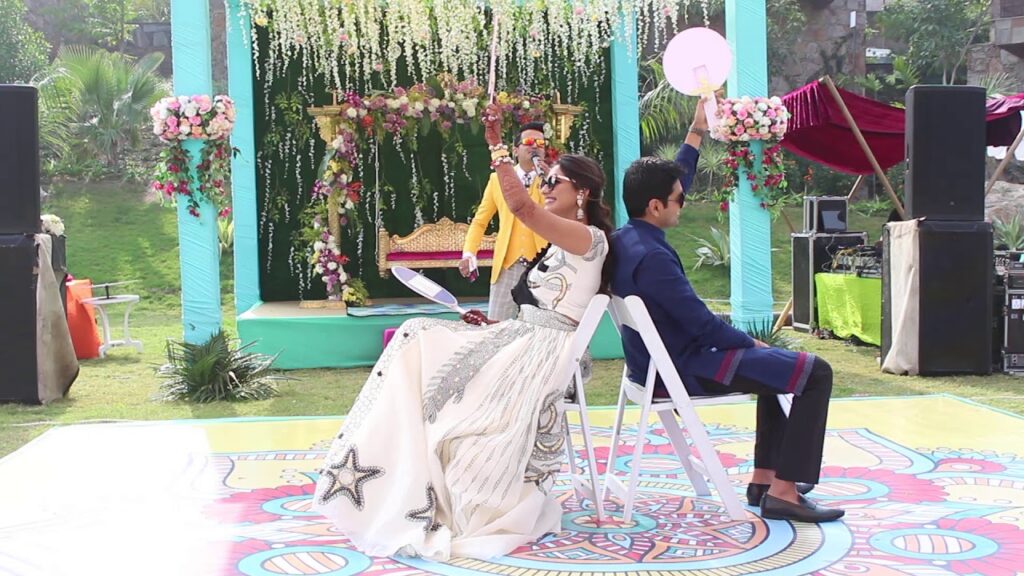 Him or Her Questions About Habits & Daily Routines

#37 Who’d rather stay in on a weekend than go out?

#39 Who’s more likely to get a traffic ticket?

#40 Who is more likely to binge-watch a show?

#42 Who has a shorter attention span?

#45 Who takes care of things around the house better?

#47 Who has the bigger sweet tooth?

#51 Who apologizes first after a fight?

#54 Who approached the other one first?

#55 Who had a bigger crush on the other person?

#56 Who made the first move for the kiss?

#57 Who gets along better with the other’s family?

#59 Who’s more likely to get irritated more with the other one?

#63 Whose decision will likely take over the other?

#64 Who always thinks they are right?

#66 Who told their family about their relationship first?

#68 Who will spend more during a shopping spree?

#69 Who’s more mindful of the expenses?

#71 Who has the bigger wardrobe?

#72 Who is more likely to order a dish after taking the price into consideration at a restaurant? 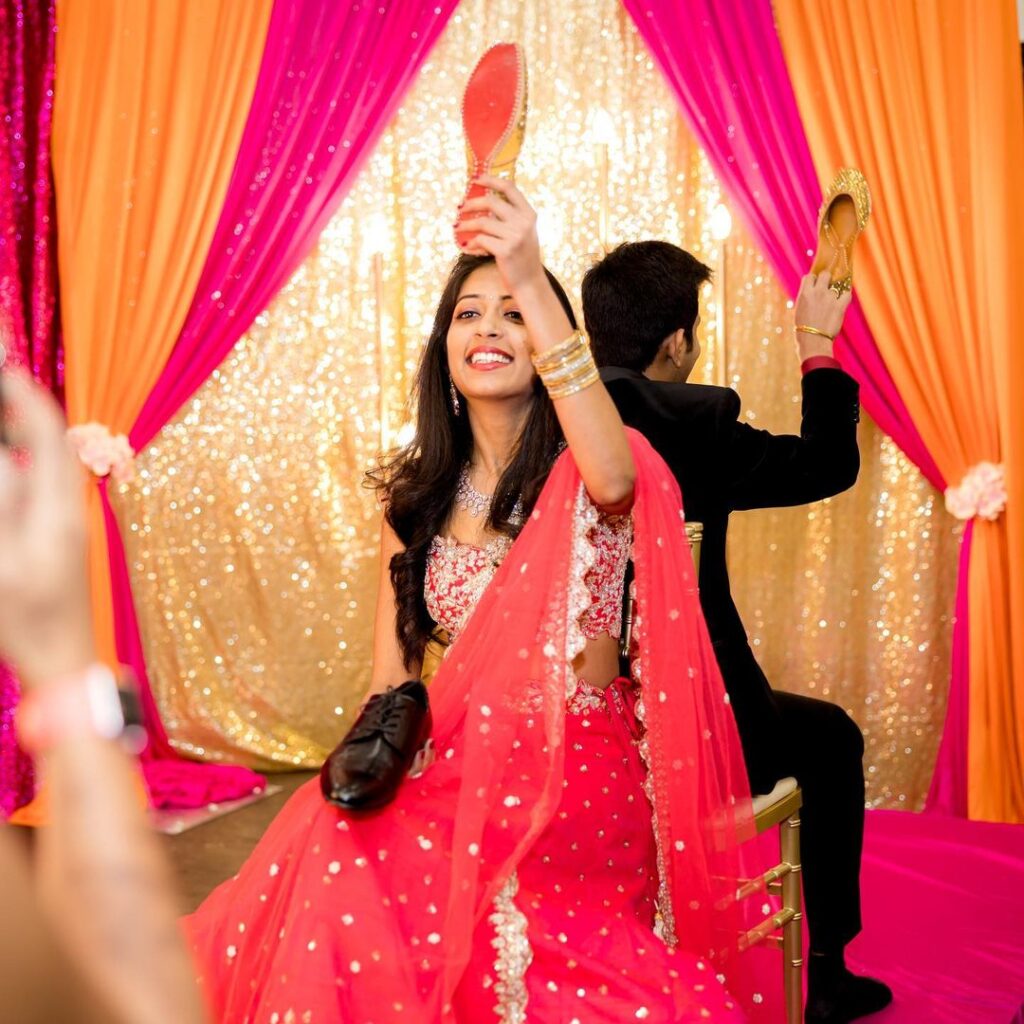 For the couple shoe game questions, pick a list that makes sense for your relationship. If it’s an arranged marriage and you haven’t known each other for long, some questions will just not make sense. Ask someone close to you to pick out questions and hand them over to the host. Also, just because it’s a shoe game doesn’t necessarily mean you’ll have to use only shoes. Signage with him/ her written or your faces can work too. Lastly, remember this is a fun activity. You don’t have to keep scores or get competitive. Focus on having a good time and reveling in this special time together.

13 Intimate Wedding Decor Elements You Can Buy Off Amazon 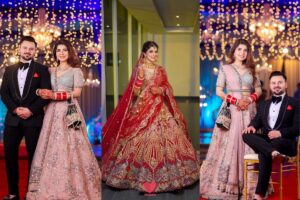 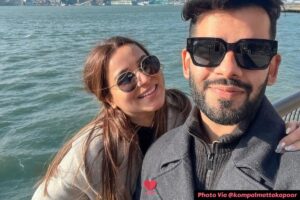 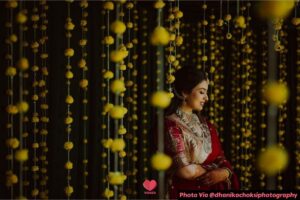 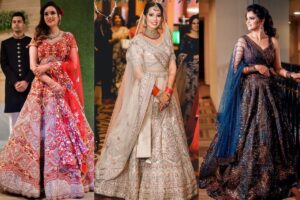